Call us to schedule a free counsultation 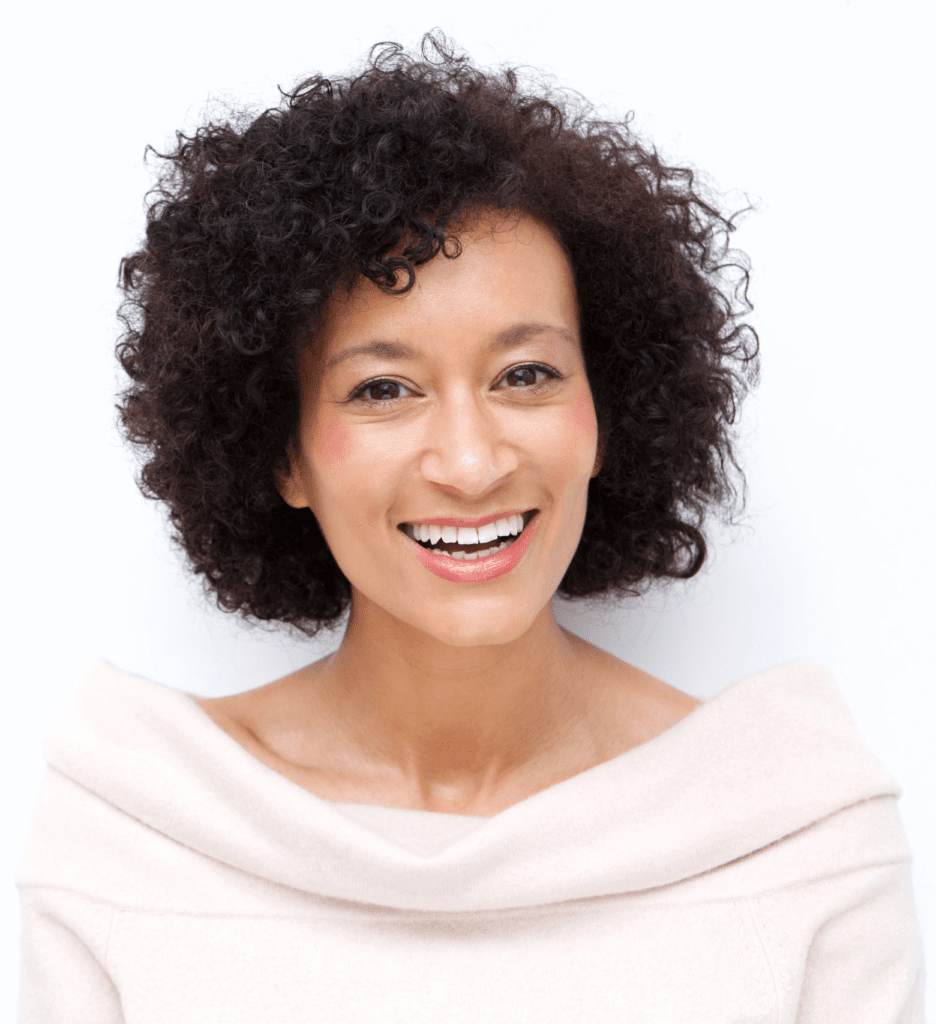 The CoolSculpting® procedure is FDA-cleared for the treatment of visible fat bulges in the submental (under the chin) and submandibular (under the jawline) areas, thigh, abdomen and flank, along with bra fat, back fat, underneath the buttocks (also known as banana roll) and upper arm. It is also FDA-cleared to affect the appearance of lax tissue with submental area treatments.
LEARN MORE

The CoolSculpting® procedure is FDA-cleared for the treatment of visible fat bulges in the submental (under the chin) and submandibular (under the jawline) areas, thigh, abdomen and flank, along with bra fat, back fat, underneath the buttocks (also known as banana roll) and upper arm. It is also FDA-cleared to affect the appearance of lax tissue with submental area treatments.
LEARN MORE

CoolSculpting® uses advanced cooling technology to effectively target and permanently eliminate fat cells without harming surrounding tissue. The destroyed fat cells are broken down and processed by the body over the next few months, ultimately being eliminated naturally.
CoolSculpting® can be an ideal solution for patients who are apprehensive about invasive surgery, or only desire a smaller, more selective area for treatment, making it easy to remove those unwanted areas of fat that just won’t go away with exercise or dieting. 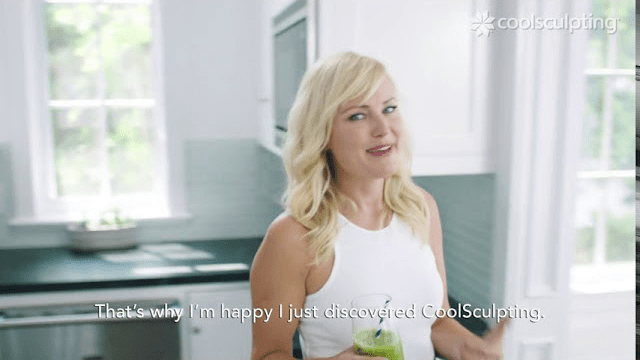 Moments with Malin | Why I Chose the CoolSculpting® Treatment 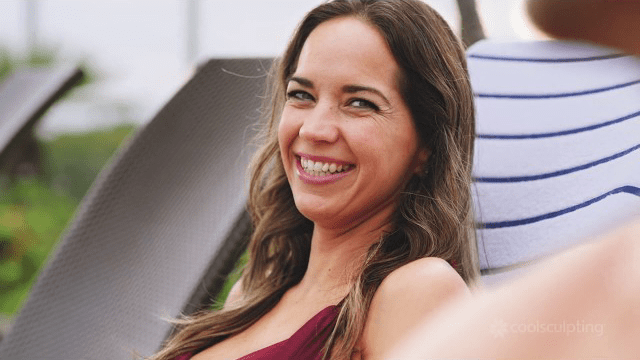 How is the CoolSculpting®
Procedure Performed?

During the CoolSculpting® procedure, our providers use a technology called Cryolipolysis™, developed by dermatologists at Harvard, to cool excess fat cells in a target area. An applicator is pressed against the skin during the procedure, which allows for an inflammatory process to occur. The cooling device draws tissue into a cup with mild, vacuum-like pressure. Surrounding tissues should be unharmed during the treatment. Although there may be a slight uncomfortable feeling as the cooling device touches the skin, any discomfort is usually brief.

As the fat cells start to break down, they are filtered out of the body naturally through the liver in a process known as “apoptosis.” Essentially, your body’s natural metabolism should get rid of the treated fat cells gradually over the next several months, and the aesthetic results should become apparent during this time.

In many cases, patients only need a single CoolSculpting® treatment to attain optimal results. However, some individuals may require multiple treatment sessions to meet their needs. The number of treatments necessary will depend on each patient’s goals and their response to the procedure. One treatment session typically consists of at least 2 applications, but can involve up to 8 applications for larger areas or multiple areas. Areas that have more fatty tissue present will likely require multiple treatment sessions for optimal results. The type of results you get from your initial CoolSculpting treatment also influences the number of treatments you end up needing. Typically, a CoolSculpting treatment reduces the amount of fat in the area by 20 to 25 percent. If you’d like to see greater improvement, you’ll probably benefit from two or more treatments in the same area. It’s difficult to say before treatment begins how many sessions you’ll actually need.

Time varies depending on the area being treated

Because it is a non-invasive procedure, the recovery process following a CoolSculpting® treatment typically involves minimal downtime. You may experience some redness, irritation, and bruising in the treated area, but it should subside quickly.

Most of our patients are able to resume normal daily activities, even work and exercise regimens, on the same day as the procedure. It is fairly normal to have temporary numbness after a CoolSculpting treatment. Fleeting numbness and itchiness are common post-procedure sensations. CoolSculpting works by freezing the fat cells to destroy a portion of them. This cooling causes the nerve endings in the skin to become temporarily affected, causing numbness. It can take a few weeks for the numbness to completely resolve.

Best results are typically visible to most patients in two to four months. Since the CoolSculpting® treatment is designed to produce gradual results over time, some patients may even continue to see improvement up to six months or more following the procedure.

The final results of CoolSculpting® can last exceptionally long periods of time by exercising regularly (as recommended by your primary care physician) and maintaining a healthy diet. Once the treated fat cells are gone, they’re gone for good, however; maintaining your CoolSculpting results will depend on your lifestyle. Exercising regularly and eating a healthy, balanced diet is the best thing you can do to maintain your results.

What is stubborn fat?

The number of fat cells is set during childhood and adolescence and varies little during adulthood. Some individuals may have stubborn pockets of fat that are more difficult to reduce despite diet and exercise. These stubborn pockets may vary greatly from person to person, because we all carry fat in different areas of our bodies.

CoolSculpting’s fat-freezing technology gives long-term results that make trouble spots a lot less troubling.* Fat cells don’t like the cold and at a certain temperature they will freeze. Once that happens, your body will naturally eliminate the dead cells in 1-3 months or more, resulting in up to 20%-25% reduction of fat in a treated area.

*Long term results are based on two case reports.

What is the Cost of CoolSculpting®?

The final cost of CoolSculpting® varies from patient to patient. Each individual has different needs and goals, and the treatment is customized; therefore, the overall price of CoolSculpting® is contingent upon one’s treatment plan. A variety of factors will be taken into account, including the number of treatment areas, the number of cycles/applications necessary to achieve the desired result, the practice’s geographic location, the provider’s experience level, and other components. While the national average price of CoolSculpting® tends to fall in the $2000 to $4000 range, it’s important to remember that some patients’ costs may end up being below that range. As noted above, the price is highly dependent on the individual treatment plan.

Renew offers special package pricing. When patients purchase packages instead of individual cycles, they can save anywhere from 10%-33%. We also offer special pairing with additional procedures, such as Botox and Filler, where special pricing is applied.

Renew Medical Spa believes that effective cosmetic enhancement options from qualified professionals should be within reach of everyone, regardless of their financial situation. That’s why our practice accepts many different payment types and works with CareCredit® to offer convenient financing options to qualified applicants who wish to pay for their procedures over time. Once your treatment plan is developed, a member of our Renew team will produce an overall cost estimate and discuss your options with you.

Investing in an elective procedure is an important decision. We are one of the only practices nationwide offering a guarantee.

Our Renew CoolResults Promise gives you peace of mind, so you can focus on what matters most – you! Your CoolSculpting journey should be exciting and fun, so our goal is to alleviate the worry of “does it really work?” We believe in the science-based technology behind CoolSculpting and we believe in the results it offers.

At four months post-treatment, if you have not achieved the anticipated results, we will provide re-treatment at no additional cost. All of our policies are discussed openly at your original consultation.

Why have CoolSculpting at Renew?

Although CoolSculpting is a patented device, your CoolSculpting provider plays a large role in your treatment results. Renew Medical Spa is the premier facial rejuvenation center in Southern Oregon.

Is CoolSculpting right for me?

We encourage our patients to maintain proper diet and exercise during and after their treatment program to maximize your results. Although CoolSculpting destroys fat cells, the remaining fat cells in your body can expand or shrink with diet and exercise behaviors.

What does CoolSculpting treatment feel like? Does it hurt?

When will I see results?

Are there any side effects after treatment?

Following the procedure, typical side effects include temporary redness, swelling, blanching, bruising, firmness, tingling, stinging, tenderness, cramping, aching, itching, skin sensitivity, and sensation fullness in the back of the throat after submental or submandibular area treatment. Rare side effects may also occur. Paradoxical hyperplasia (visibly enlarged tissue volume in the treated area) may develop two to five months after treatment and requires surgical intervention for correction. As with any medical procedure, ask your physician if CoolSculpting® is right for you.